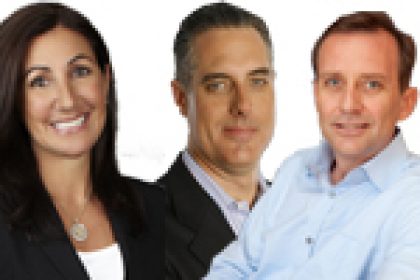 Speciale was promoted to her current position in March 2014. She joined Turner Broadcasting in 2012 as president of Turner Entertainment and Young Adult Ad Sales. In this position, she led ad sales for the companyâs entertainment and young adult brands, notably TBS, TNT, truTV, Cartoon Network and Adult Swim. During this time, she made an immediate impact on maximizing revenue potential for the brands and collaborating with agencies and advertisers for integrated deals across Turnerâs leading portfolio of television and digital assets.

With her more than 20 years of experience on the media agency side, Speciale came to Turner Broadcasting from MediaVest Worldwide, where she served as President, Investment & Activation and Agency Operations. During her tenure, she led the agencyâs integrated digital, broadcast, print and out-of-home practice, overseeing investments on behalf of clients including Kraft, Walmart, P&G, and Coca-Cola. Prior to MediaVest, Speciale led the broadcast investment team at Mediacom. Over her career she has managed investments for several leading marketers including Warner Brothers, GlaxoSmithKline, Hasbro, Kmart, Diageo, Staples and Subway.

Speciale is well-known for driving innovation in the marketplace and has received numerous industry recognitions including Adweek â50â (2013), Multichannel News âWonder Womanâ (2013), Advertising Age âTop Women in Advertisingâ (2012), CableFAX â100â (2012, 13) and âWomen of Cableâ (2012), Television Week âTV Buyer of the Yearâ (2006), MediaWeek âAll Starâ in the broadcast category (2003), Advertising Age âWoman to Watchâ (2001) and âAgency of the Yearâ by both AdWeek and Advertising Age (under SMG in 2005). Speciale has thrice been honored by Advertising Women of New York (AWNY): in 2011, she was the recipient of the 2011 AWNY âAdvertising Woman of the Yearâ; in 2008, she was the recipient of AWNYâs âImpact Award,â honoring her mentorship work within the industry; and in 2006, she received an AWNY âWorking Woman Award,â recognizing female executives who earned success in their personal and professional lives. In addition to her professional accolades, she is on the Board of Directors for The Advertising Club of New York and an active member of Advertising Women of New York (AWNY) and Cabletelevision Advertising Bureau (CAB).

Turner Broadcasting System, Inc., a Time Warner company, creates and programs branded news, entertainment, animation and young adult media environments on television and other platforms for consumers around the world.

Kristian (Kris) Magel serves as Chief Investment Officer for Initiative in the United States, one of the Interpublic Groupâs (NYSE: IPG) three worldwide media networks and part of the companyâs IPG Mediabrands unit. Kris is responsible for the agencyâs integrated investment teams across all channels including digital, broadcast, print and search. His Investment teams are fully integrated within every account working in conjunction with the firmâs Strategy, Analytics and Business Leadership groups to deliver 360 degree multiplatform media and marketing plans. Kris sits alongside the Investment Leaders of fellow IPG agencies as a member of the MagnaGlobal Consortium, working with media partners to deliver the most effective marketing investment approaches that maximize client marketing spends.

A veteran with nearly two decades of experience in the media business, Kris has proven himself a formidable negotiator who has earned the respect of media partners for both his analytical approach to the marketplace and his passionate representation of clients. His reputation for articulate, informed intelligence also makes him a favorite with the press and a popular panelist at industry events. In 2012 Magel was named to the Adweek 50 (#16) as one of the industryâs most influential executives and was a Mediaweek âMedia All-Starâ in 2007. Magel also has an influential voice within the video industry, serving as a co-chair of the Ad Council Broadcast TV Committee, a member of the advisory boards of industry collective Videonomics and Advertiser Perceptions and a board member of the New York Advertising Club.

Prior to joining Initiative in 2007, Kris held the position of Senior Vice President, National Broadcast at Zenith where he created a fully integrated buying unit for Maybelline/Garnier that recognized early on the value of digital media working in conjunction with television. Prior to Zenith, Kris worked at Optimedia in a variety of roles of increasing responsibility, culminating as Senior Vice President, National Broadcast. He also worked for DeWitt Media handling TV and Radio accounts including Discovery Networks, Reebok and Lexmark.

Kris received his Bachelors of Arts degree from the John Wiley School of Business at the State University of New York at Geneseo. He makes his home with his family in New York City and East Hampton, New York.

Dave Morgan is the CEO and founder of Simulmedia. He previously founded and ran both TACODA, Inc., an online advertising company that pioneered behavioral online marketing and was acquired by AOL in 2007 for $275 million, and Real Media, Inc., one of the worldâs first ad serving and online ad network companies and a predecessor to 24/7 Real Media (TFSM), which was later sold to WPP for $649 million. After the sale of TACODA, Dave served as Executive Vice President, Global Advertising Strategy, at AOL, a Time Warner Company (TWX).

A lawyer by training, Dave served as General Counsel and Director of New Media Ventures at the Pennsylvania Newspaper Association in the early 1990âs.

Dave received a B.A. in Political Science from Pennsylvania State University and a J.D. from the Dickinson School of Law. He serves on the board of the International Radio and Television Society (IRTS), and was a long-time member of the executive committee and board of directors of the Interactive Advertising Bureau (IAB) and the American Press Institute (API). He and his wife, writer Lorea Canales, live in Manhattan with their two daughters.

Click here for more information or contact The John A. Reisenbach Foundation at (646) 621-6022 or email office@reisenbachfoundation-2018.mystagingwebsite.com to make a reservation.

About John A. Reisenbach Foundation

The John A. Reisenbach Foundation is the premier charitable organization of New York’s media and advertising communities. John Reisenbach, the Vice President of National Advertising for All American Television, at 33 years old, was killed in New York City in a single random act of violence in 1991. Â As a response to this tragedy, leadership in the advertising and communications communities promptly created the Foundation to support programs focused on making New York a better, safer city.Â  The Reisenbach Foundation takes justifiable pride in its accomplishments in the field of public safety and security. Some of the New York City programs and organizations it has supported include Child Abuse Prevention Program, Citizens Committee for NYC, John Jay College of Criminal Justice, New York Cares, New York Police Foundation, the Police Athletic League, Safe Horizon and the Urban Assembly.