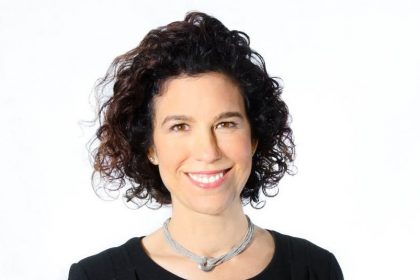 Our third honoree is Marla Kaplowitz, Chief Executive Officer of MEC North America. Like our other two honorees, Marla is committed to philanthropy and expanding the influence of the media community within that realm. Learn more about Marla below:

As CEO of MEC North America, Marla has been at the helm of driving forward the agency’s strategic growth initiatives since 2011 with a focus on delivering growth for its people, clients and the industry. Under Marla’s leadership, the agency has grown in both size and scope. With a sincere focus and commitment to people, she is the driving force behind the launch of MEC’s award-winning “Inspire Happiness” curriculum, health and wellness initiatives such as mindfulness and iThrive development workshops, new skill-based training, and the agency’s giving back efforts that afford its employees an opportunity to take two days per year to volunteer with a charity of choice.

Marla is a member of the 4As Media Leadership Council, Advertising Women of New York (AWNY), and was recognized by Advertising Age as a ‘Woman to Watch’ in 2012. Along with her support of the Reisenbach Foundation, Marla is an avid movie buff as a member of the Film Society of Lincoln Center and is an active contributor to the West Side Campaign Against Hunger where her two sons volunteer regularly.

Hear Marla discuss why she supports the Reisenbach Foundation, and its impact on New York City below:

An Industry of Change Makers: Marla Kaplowitz from Reisenbach Foundation on Vimeo.

Join Marla and our other two honorees at the 25th Annual John A. Reisenbach Gala for a Better and Safer New York. To purchase tickets, or make a contribution click here.