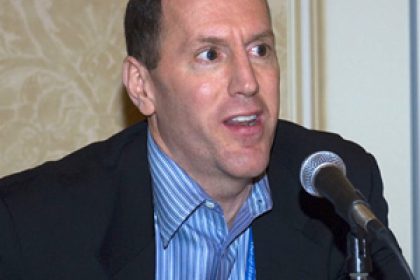 Andy Donchin is Executive Vice President and Director of Media Investments at Carat North America, a media specialist agency where he has worked for over 20 years. He manages all of the national and local video/audio activation for their clients which include Pfizer, The Home Depot, Macyâs, Disney and General Motors. He has helped grow Caratâs total video activation billings to over $5 Billion.
Prior to joining Carat Andy was the Director of National Broadcast Buying at Levine, Huntley, Schmidt and Beaver. Andy also previously worked at Young & Rubicam, Wells, Rich and Greene and J. Walter Thompson. Andy is a past Chairman of the AAAA National Television/Radio Committee. He has also received Ad Ageâs Media Maven Award, Adweekâs Media All-Star Award and TV Weekâs Media Buyer of the Award.