Get to Know Dave Morgan 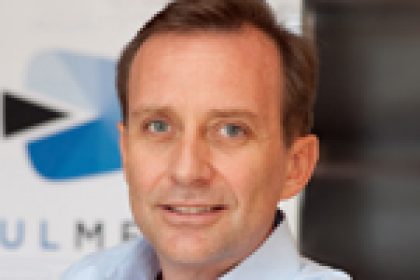 Dave Morgan is the CEO and founder of Simulmedia. He previously founded and ran both TACODA, Inc., an online advertising company that pioneered behavioral online marketing and was acquired by AOL in 2007 for $275 million, and Real Media, Inc., one of the world’s first ad serving and online ad network companies and a predecessor to 24/7 Real Media (TFSM), which was later sold to WPP for $649 million. After the sale of TACODA, Dave served as Executive Vice President, Global Advertising Strategy, at AOL, a Time Warner Company (TWX).

Dave is one of this year’s Reisenbach Distinguished Citizenship Award Honorees and we caught up with him recently to talk about his career and favorite things about NYC.

Who/what inspired you to get into media/advertising?
I’ve always loved media and been a big believer in the importance of advertising. I got into the business a bit accidentally when, as a newspaper lawyer, I found myself negotiating deals for “new media” businesses in the early 1990’s, where traditional media companies were trying to figure out how to transform their businesses in expectation of the Information Superhighway, and then actually having to help build them. That led me to starting my first media/advertising technology company, Real Media, a predecessor to 24/7 Real Media.

Fave 5:
What’s your favorite NYC neighborhood and why?
I love the Upper West Side, particularly along Riverside. Riverside Park is a bit of a hidden gem in the city. We have two girls, so we spend a lot of time in both Riverside Park and Central Park.

Favorite thing to do in NYC?
Run & play in the parks with the family.