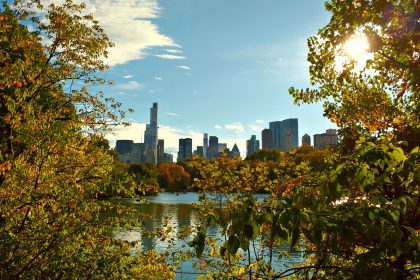 Today is our third addition in our “Fun in the Sun” Friday Posts series! For our newcomers, it’s an installment of fun activities and volunteer opportunities as a part of our Summer in a Safe City (#NYCSafeSummer) campaign. This week, we have a lot of exciting activities including a mermaid parade, fitness activities, and many concerts to attend!

We hope that we are keeping your week packed with plenty of great suggestions. Have anything you think other people may be interested in? Email me with recommendations at chinue.foreman@reisenbachfoundation-2018.mystagingwebsite.com.

Attempting to exercise in general this summer,
Chinue

P.S. Don’t forget to donate to our campaign!

Saturday, June 18th:
— This Saturday will be the 34th Annual Mermaid Parade! The Mermaid Parade is the nation’s largest art parade and quite possibly one of the best events to attend in New York City. The parade showcases over 3,000 creative individuals from all five boroughs and “highlights Coney Island pageantry based on a century of many Coney parades, celebrates the artistic vision of the masses, and ensures that the summer season is a success.” It’s literally thousands of people in homemade mermaid costumes on Coney Island. It really doesn’t get more New York than that. Click here to register: http://bit.ly/27RqBCc.

— Take you and your family to the Family Fitness Festival at the Williamsburg Oval Recreation Center in the Bronx! There will be free food demos, fitness classes, and sports for everyone to participate in! There are activities for all of the ages, so bring all of the family (your kids will definitely tire out by the end of this). http://on.nyc.gov/237pfQn

— So my friend did a 6 week program with Mark Fisher and he looked fantastic — he was much stronger and more in love with himself after. So I gotta believe that Mark Fisher knows what he’s doing. So, if you’re curious like me, Mark Fisher Fitness is hosting a fitness party at Hudson Park! http://on.nyc.gov/1sEqRo3.

Sunday, June 19th:
— Enjoy the classic and iconic music of Frank Sinatra at a free concert in Forest Park. http://on.nyc.gov/1UhMC68.

Monday, June 20th:
— “Life moves pretty fast. If you don’t stop and look around once in awhile, you could miss it.” Ferris’s quote is quite literally my mantra for this summer. Which of course, I gotta kick off the summer with HBO’s Bryant Park Summer Film Festival with the amazing 80s movie Ferris Bueller’s Day Off!

— I would have never have thought this could be possible in a place as populated as Times Square, but there will be yoga session happening in Times Square. Thousands of yogis from around the world travel to Times Square to celebrate all of free yoga classes happening all day. Don’t forget to register: http://bit.ly/1qrUKn4. Is this where I say “Namaste”?

Tuesday, June 21st:
— Newest pop sensation Meghan Trainor is going to have a free concert at the Today show this Tuesday! Remember it’s first-come first served so the 5 AM arrival time is serious, like 100%. I tried to go to one of those concerts and thought the 5 AM was suggested rather than pretty much required. I was so far back in the line, I literally couldn’t even see stage. 5 AM is 5 AM. http://on.today.com/24OvS9k.

Wednesday, June 22nd:
— Assist a senior citizen member of the Food Bank for New York City with check out and bagging groceries, and restocking shelves. You can learn some amazing stories about historical event from people who lived through them. If history isn’t your thing, the elderly are super sassy so it’s always a fun time to be around them. Click here for more info: http://bit.ly/1ZOkiK2.

— Wednesday marks the first day for the New York Asian Film Festival. The festival will feature “a full plate of unhinged, genre-bending films, brisk and intelligent entertainment, and uncompromising art-house gems that will satiate all appetites, wholesome and otherwise.” The festival is going to showcase an array of cinematic works from China, Hong Kong, Japan, Korea, Taiwan, and Southeast Asia. Look at the line up here: http://bit.ly/1UaWEJq.

— The Jazz Festival started back on June 1st, but it’s never too late to attend! Click here for the line up: http://bit.ly/28BVM4O. The festival ends on June 30th, so get in as soon as possible!

— The Metropolitan Opera Series will begin its eighth year run on June 22nd. In collaboration with City Parks Foundation’s SummerStage Festival and will begin its six free concerts starting on June 22nd till July 23rd. View the schedule here: http://bit.ly/24CYIt9.

Thursday, June 23rd:
— So Macklemore (and Ryan Lewis, but for real we only know Macklemore) is hosting a Today show concert on the 23rd. He played at my school for our spring concert sophomore year and I have to say that his (hopefully faux) fur coat was an experience in of itself. More information here: http://on.today.com/1qilUPX.

— If you’re unable to attend the first Food Bank volunteer opportunity, I got another one ready right here. You can provide vital help for the Food Bank by sorting donated and bulk items at their Food Distribution Center in Hunts Point. It may not sound like the most glamorous of volunteer opportunities, but this is their highest need project and they need all the volunteers they can get.

— OK, this sounds like the coolest thing ever. The New York City Parks department and the New York Aquarium are collaborating to bring Pop Up Aquariums around different neighborhood parks. If they somehow have the otters there, I am so in (though I was already hooked on attending anyway). It’s open for all ages! It’s from 4 to 6 PM at the William Sheridan Playground in Brooklyn.

Friday, June 24th:
— The Harlem Arts Festival (HAF) kicks off on friday and will last all weekend. HAF presents multi-disciplinary performances in venues throughout Harlem (the best neighborhood in all of New York City). The works showcased at the festival are from local performers and visual artist who strive to nourish Harlem’s artistic community. In their own words, “The festival aims to promote arts education and literacy by implementing arts-related discussion forums, educational workshops, performance opportunities and activities for youth and family.” Also it’s their 5th anniversary, so they’re definitely going all out.