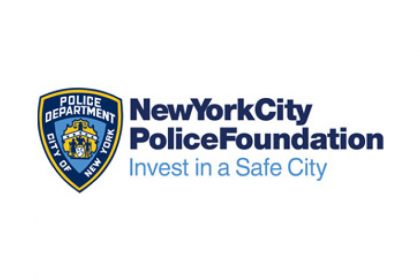 Our grant to the Police Foundation funds a portion of the Crime Stoppers program. Crime Stoppers allows New York City citizens to provide anonymous tips about violent criminal activity. These tips assist the NYPD with solving these crimes without having to breach the confidential nature of the program. The program allows anonymous callers, who would otherwise have been too hesitant or frightened to talk to the police, to give crucial information that could potentially solve some of the NYPD’s most violent investigations. If these tips lead to the arrest and indictment of the criminal, the anonymous tipper is rewarded up $2,500. Since its inception, Crime Stoppers has awarded over $2.1 million and solved over 5,500 violent crimes.

Because of effectiveness of Crime Stoppers, some of New York’s most notorious cases have been solved, including the following: the 22-year old brutal murder of a 4 year old known as “Baby Hope” in 2013; a pattern of brutal rapes in Brooklyn, with victims as young as 13 years old in 2013, and the slashing of a man at a Greenwich Village diner in January 2016. As of March 2016, the program has helped in the arrest of 43 suspects and cleared 63 complaints.

Your donation to our Summer in a Safe City Campaign will contribute to the Crime Stoppers program. Sustaining this program requires the help of community members and nonprofits like the Reisenbach Foundation, which therefore will help with the safety and quality of life of our fabulous city. With each crime solved, New York City becomes one step closer to becoming a safer city for us to work, live, and visit. Click here to donate: http://bit.ly/1r3M35i