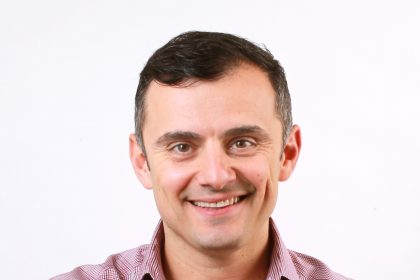 From an early age, Gary exhibited an entrepreneurial spirit. At 8 years old, he was operating 7 lemonade stands in his neighborhood and by 10 he had moved onto selling baseball cards at local malls.(1) While in high school, he worked at his family’s wine store and became knowledgeable about wine by reading books and collecting wine to build up his knowledge. Recognizing the importance of e-commerce, Gary launched Winelibrary.com and helped grew his family business from $3 to $60 million dollars in just five years. He launched Wine Library TV–a video podcast that featured wine reviews and advice on wine appreciation. He understood the importance of significance of connecting with one’s audience. He had one goal in mind– “building a personal brand equity.” The show revolutionized the wine world. At its height, the show attracted over 100,000 viewers each day. His company’s sales went up and so did his notoriety.

Over the years, Gary has amassed a massive following on various social media platforms: Twitter (1.19M followers), Facebook (430,188 likes), Youtube (122,584 subscribers), and Instagram (170K). Knowing he could market his expertise of social media, Gary along with his brother AJ launched VaynerMedia in the spring of 2009. VaynerMedia is a branding agency that helps Fortune 500 companies find their voice in the constantly buzzing social media world and helps to building their individual digital brands. In 2014, Gary was listed on Forbes’s “40 under 40” list. In 2015, VaynerMedia was named one of AdAge’s A-List Agencies. (2)

Even with running his own company, Gary continues to connect with his ever-growing followers base. #askGaryVee is a video series where Gary’s fans can ask him questions about a variety of topics that include entrepreneurship, social media, branding, family life, and even his favorite football team, the Jets.

Although Gary has an increasingly busy schedule, he makes time to devote himself to public service. Currently, Gary serves as a Board member of Pencils of Promise. Pencils of Promise is an organization that strives to help educate children in developing countries by building schools and training teachers.

Congratulations, Gary, and thank you for all you do for New York City!  We’re so proud to honor you as a Reisenbach Distinguished Citizen.