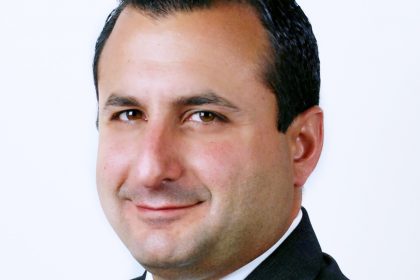 We’re excited to feature each of our gala honorees on the blog!  First up is John Nitti, Chief Investment Officer Worldwide for ZenithOptimedia. John’s history of public service is as impressive as his resumé. His public service work truly embodies the Foundation’s mission of “a better and safer New York.”

When John joined Zenith in 2009, his goal was to build ZenithInteractive, a full-service digital media arm of the agency, from the ground up. In less than a year, John brought in more than 50 new employees, 10 new clients, and increased the company’s digital billings sixty times over (from $3MM to $180MM). Within two years, John was promoted to President of Activation, where he formed the National Video group in 2012 to bring together linear, digital, and mobile video. In 2013, all aspects of Local Activation (Broadcast, Print, OOH, and Digital) were fully integrated into the agency. The impact of John’s vision for Zenith impacted the agency greatly. With his oversight, the Activation Team in 2014, included over 300 staff members across North America, managed clients media investments over $10B(2013). In September of 2014, John was promoted to Chief Investment Officer of Zenith in September of 2014. As the CIO, John still oversees the Zenith Activation teams while adding many key invitations for Public Groups and the ZO Agency Network (Zenith, Optimedia, Moxie, and Performics).

As a resident of Staten Island, John saw firsthand how the devastating effects of Hurricane Sandy affected his fellow neighbors and community members. Using his connections in the advertising world, he sought to improve the quality of life of his community. In 2013, John co-founded MARSI (Madison Avenue Rebuilds Staten Island) with other advertising executives and raised over $270,000 in collaboration with the Stephen Siller Tunnel to Towers Foundation for use in rebuilding Staten Island after Hurricane Sandy. The project intended to fix the gap between “what FEMA/insurance companies provide and the actual cost of what people need to rebuild their homes or make them livable.” (1)

John actively participates in Zenith’s “Zenith Gives Back” events. At these events, John assembles care packages for United States troop members. As well, John volunteers his extensive career preparation knowledge and valuable insight for “Futures and Options” days–an event where volunteers try to empower New York City’s underserved youth through career development and internship opportunities. Even with his increasingly busy schedule, John volunteers as a head coach for one of the Catholic School Recreational soccer (CYL) teams on Staten Island.

Congratulations, John, and thank you for all you do for New York City!  We’re so proud to honor you as a Reisenbach Distinguished Citizen.