Food Pantry and After School Resources 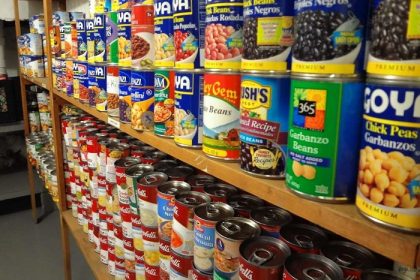 In the United States, approximately 46.5 million American citizens suffer from food insecurity. According to research conducted by Feeding America, 1 in 7 people suffer from hunger in New York. The picture drilled in our minds is often the poor and homeless who do not have the sufficient amount of money or resources to feed themselves daily. However, the image of food insecurity is changing. Families above the poverty line are often at risk of hunger as well. Research demonstrates that unemployment, rather than poverty, is a better indicator of food insecurity among people living in the United States. 1

Hungry is particularly damaging towards adult, but nearly detrimental for children. Proper nutrition is crucial for childhood early development. Without the proper nutrients, children face developing serious complications regarding their physical and mental development. In the United States today, nearly 16 million children face hunger. Consequently, one in five children are facing greater obstacles to reaching their fullest potential. 2

Marion White, the founder of Child Abuse Prevention Program (CAPP), recently sent us some fantastic resources for food pantries and after school resources. If you’re in need of some food or a place for your children to stay after school during the school year, look at this list! It’s separated by borough, which will make it easier for you to find which places are more readily accessible to you.