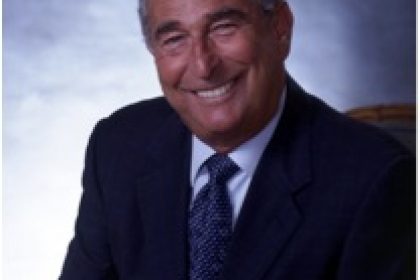 Sandy died on January 6th at his home in Los Angeles after a long illness.

In the New York and Hollywood media community he was a legendary figure whose expertise and finesse in the marketing of motion pictures was the pride of Warner Bros. and the envy of the rest of the advertising business. But we knew him as a friend and benefactor, whose passion for creating a Better and Safer New York was born out of the most unimaginable tragedy a father can bear â the brutal murder of his child.

For twenty-three years Sandy served as Chairman of the Reisenbach Foundation’s Advisory Board. With his guidance and support, JAR has become the premier public service organization of the New York advertising and media community. He shared our hope that John’s name would evoke positive thoughts about the wonders of New York City, so his friends and family would not dwell forever over the way he was taken from us at such an early age.

Sandy took immense pride in the work of the Reisenbach Foundation. He was always aware of every detail of our work and that of all our partner organizations. As he told us at our 20th Anniversary Gala in 2011, “If we can keep just one father from having to get the phone call that I got in the middle of the night, we have made a difference.”

We send our deepest condolences to Sandy’s wife Gayle, and his daughters Amy Reisenbach and Liza Reisenbach Price.