Inspired by the legacy of the John A. Reisenbach Foundation, Trailblazers are committed to its future and the future of New York City.

Since 1991, the John A. Reisenbach Foundation has worked for a better and safer New York City. We provide grants and strategic support to nonprofit partner organizations throughout all five boroughs in the areas of Youth & Education, Neighborhoods, and Criminal Justice.

We strive every day to support safety, security, and a high quality of life for all New Yorkers. We are a 501c3 public charity, and we fund our programs with donations from generous corporate and individual supporters.

The JAR Trailblazer Council is comprised of passionate, engaged young professionals who are committed to the mission of John A. Reisenbach Foundation. Trailblazers are change agents for a thriving, compassionate, New York City, and serve as ambassadors of the Foundation to reach and activate a new generation. The Trailblazers contribute their time, expertise and passion to the John A. Reisenbach Foundation with the goal of making a difference in our community. 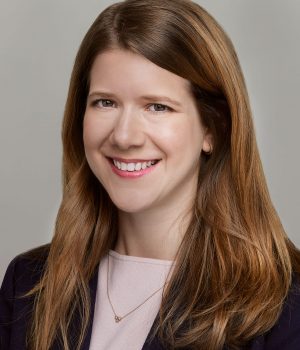 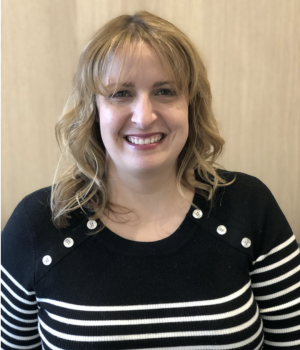 As Senior Manager of Business Intelligence for Xandr, Charlotte Lipman manages primary research efforts, covering analysis of both qualitative and quantitative data. Her focus is on contextualizing consumer and market insights to help our teams and clients navigate today’s dynamic advertising ecosystem. Prior to Xandr, Charlotte served as Research Director for MediaVillage where she oversaw market intelligence and analysis. She began her career at the advanced TV advertising firm, BrightLine. Charlotte graduated Summa Cum Laude from Syracuse University's S.I. Newhouse School of Public Communications. In addition to co-chairing the JAR Trailblazers Council, she serves on the Advertising Research Foundation's Young Pros Advisory Board.

Kacey is a Strategic Events Consultant with over 18 years of events and marketing experience. Her expertise lies in strategically planning and executing innovative experiential marketing events that have succeeded in creating a relationship with the audience, while also significantly growing revenue. 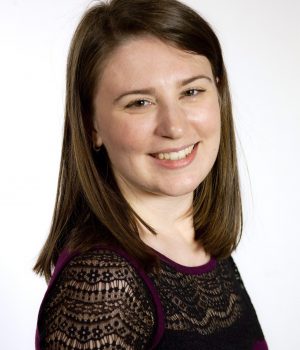 Michelle is an influential global brand marketer who brings well-rounded experience in the areas of strategic direction, business development, operations and marketing to each project she leads. Her current focus is on building the MAGNA brand and business, where her versatility has helped to increase brand value and maximize profitability. She has held executive management roles at IPG’s MRM//McCann and one of the world’s largest beverage companies, Constellation Brands. Michelle has a passion for making a difference in the industry and community, serving as She Runs It Executive Achievement Committee Co-Chair, John A. Reisenbach Foundation Board of Trustees, Friends of Mount Sinai Board of Directors, and Step Up New York Chapter Board Member.

Robbie Brenner has ten years’ experience as a development officer and fundraiser. He began this career as an AmeriCorps VISTA (Volunteer In Service to America) with an after-school youth development program and has since led campaigns and managed boards, special events and communications programs at a 100-year-old independent school, a seven-hospital health system and an early literacy and youth employment program. He currently serves as senior development officer with a veterans and community services organization and as a consultant. Robbie also serves on the Covenant House Associate Board, and admires the deep and diverse ways in which the John A. Reisenbach Foundation executes its vital mission.

Prior to his development career, Robbie worked as a journalist and travel writer, authoring and updating Fodor’s guides to Fiji, Australia, Finland and New York, and writing for magazines. He earned a bachelor’s degree from Northwestern University’s Medill School of Journalism.

Rachel Brenner serves as a senior member of the content strategy team for Investigation Discovery – primarily creating and conceptualizing series, specials, stunts, requests for proposals and other programming initiatives in the genres of true-crime, mysteries, and investigations. Since joining ID in 2013, Brenner has been responsible for developing successful projects with unique, exclusive access such as DEAD NORTH, MURDER IN THE BAYOU & VILLAGE OF THE DAMNED. Brenner has also developed many new & returning series such as BETRAYED, GRAVE MYSTERIES, and numerous yet-to-be announced ID series. Her efforts in greenlighting significant projects have led ID to be the #1 network for Women 25-54 in Total Day, 2019 to-date.

Brenner joined Discovery in 2012 as a member of the development team where she supervised the Military Channel’s acquisition and original content pipelines. In 2014, she supported the successful rebrand of Military Channel to American Heroes Channel, which led to AHC’s best year ever in prime and total day, and in 2016, was named one of Cablefax’s Overachievers Under 30 for 2016. Most recently, in 2018, in addition to joining the TRVL Channel team to develop new paranormal shows, Brenner standardized the greenlight process for Discovery Inc. globally & directed the creation and implementation of that process for Travel Channel to provide prompt feedback and good customer service to their production partners.

Prior to Discovery, Brenner was employed by the NBC Page Program in New York, where she worked in production, as a PA for The Suze Orman Show & SportsBiz: Game On, and talent management for CNBC. Brenner is a graduate of the S.I. Newhouse School of Public Communications at Syracuse University.

Over the course of her career, Lauren has been fortunate enough to witness many of the transformations affecting the media industry first-hand. Because of her unique ability to recognize value and opportunity amidst major change, she has enjoyed success across brand-building, marketing, and media.

Upon graduating from Duke University, Lauren moved back to New York and began working at Zenith, a part of Publicis Media. This role ignited an interest in cross-channel marketing that led her to Audience Marketing at Penske Media Corporation. There, she leveraged her knowledge of integrated planning to drive subscription growth for such storied brands as WWD and Variety. She was able to navigate the challenges of managing an ever-changing business, while also spearheading strategic development initiatives and technological investments designed to directly impact the bottom line.

Lauren transitioned to the Global Marketing group at BlackRock at an opportune time, as the world’s largest asset manager is redefining how it thinks about marketing. Her extensive marketing and media background has made her uniquely qualified to contribute to that firm-wide shift.

Lauren grew up on Long Island, and New York City has always been “the city” to her. In addition to her work on the DukeNY board, she is deeply committed to the John A. Reisenbach Foundation for a better and safer New York, and co-chairs the JAR Trailblazer Council. 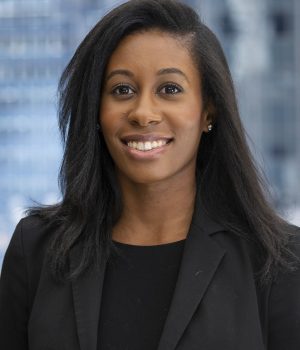 In joining the Trailblazer Council, Rebecca is excited to get involved with the JAR Foundation.

Rebecca is currently a Project Manager at New York Health + Hospitals. She started her career in health at the Centers for Disease Control and Prevention (CDC). She worked at the CDC’s National Center for Health Statistics (NCHS) and as a member of the Mortality Statistics Branch at NCHS, Rebecca’s work focused on the evaluation and analysis of mortality data. She then decided to broaden her public health experience by completing a CDC fellowship program that places associates in state and local health departments throughout the United States. As a fellow at the California Department of Public Health, Rebecca worked on a wide range of projects, from providing health education to local communities to working on data collection and analysis efforts.

Rebecca grew up in the Washington D.C. area and graduated from the University of Maryland, College Park with a BA in Sociology. She subsequently earned a Master of Public Health from Yale University.

Monique Gaynor is an Associate in the Public Affairs practice at Montieth & Company (M&Co). She has held cross-functional roles at policy think tanks, advocacy organizations, and private-sector corporations where she developed long-term strategies to accelerate organizational growth. Having worked in corporate philanthropy, higher education, and international relations, Monique has expertise in a multitude of areas. Before joining Montieth & Company, Monique worked at the JetBlue Crewmember Crisis Fund (JCCF), an employee donation-based 501(c)3 at JetBlue Airways, where she managed corporate communications. Monique was a program development fellow for JAR while she was in graduate school and is excited to be involved with the organization once more. She has an MPA in public policy from Baruch College and a BA in political science and international studies from Northwestern University.

Shaquana joined the Mouse team as the Membership Coordinator in July 2017. Her work involves ensuring that Mouse member schools are having an awesome experience. Shaquana is currently a Masters in Public Administration candidate at Baruch College. She received her Bachelor’s Degree in Political Science and Sociology from Hofstra University.

In her spare time, Shaquana loves exercising and going to concerts. She also enjoys doing touristy things in her hometown New York City. Nia PierreLouis was born and raised in the NYC area. She left for four quick years to North Carolina where she received her BA from Wake Forest University. Subsequent to Wake Forest, Nia landed her first job at Universal McCann where she would discover her true passion for media and advertising. Nia currently works at Amobee, a leading marketing technology company where she is currently responsible for providing business leadership and account oversight across key strategic accounts to help develop and grow client partnerships.

Outside of Nia's love for ads, she loves New York City even more, with its extensive culture, and wide range of things to do and see there is no place she would rather live. Joining the Trailblazer Committee was an easy decision for Nia as New York City as she loves to give back to the city that has given her so much in return. She is very excited to be part of such a great group of individuals who are looking to create positive change in NY, and can't wait to see all the amazing things this organization will accomplish in the years to come.

Mike is a proven sales leader and experienced digital media executive. He has over 10 years’experience working in agency and sales roles in NYC. Today, Mike is a Senior Field Sales Executive at Quantcast. Mike works with agencies and clients to deliver digital advertising campaigns that drive bottom line performance. Beyond the day to day, Mike focuses on building team culture that inspires creativity and innovation. Mike lives in New Jersey with his wife Jill and son Robert.

Thanks for your interest.

STAY IN THE KNOW

Sign up to receive updates on events and news from JAR